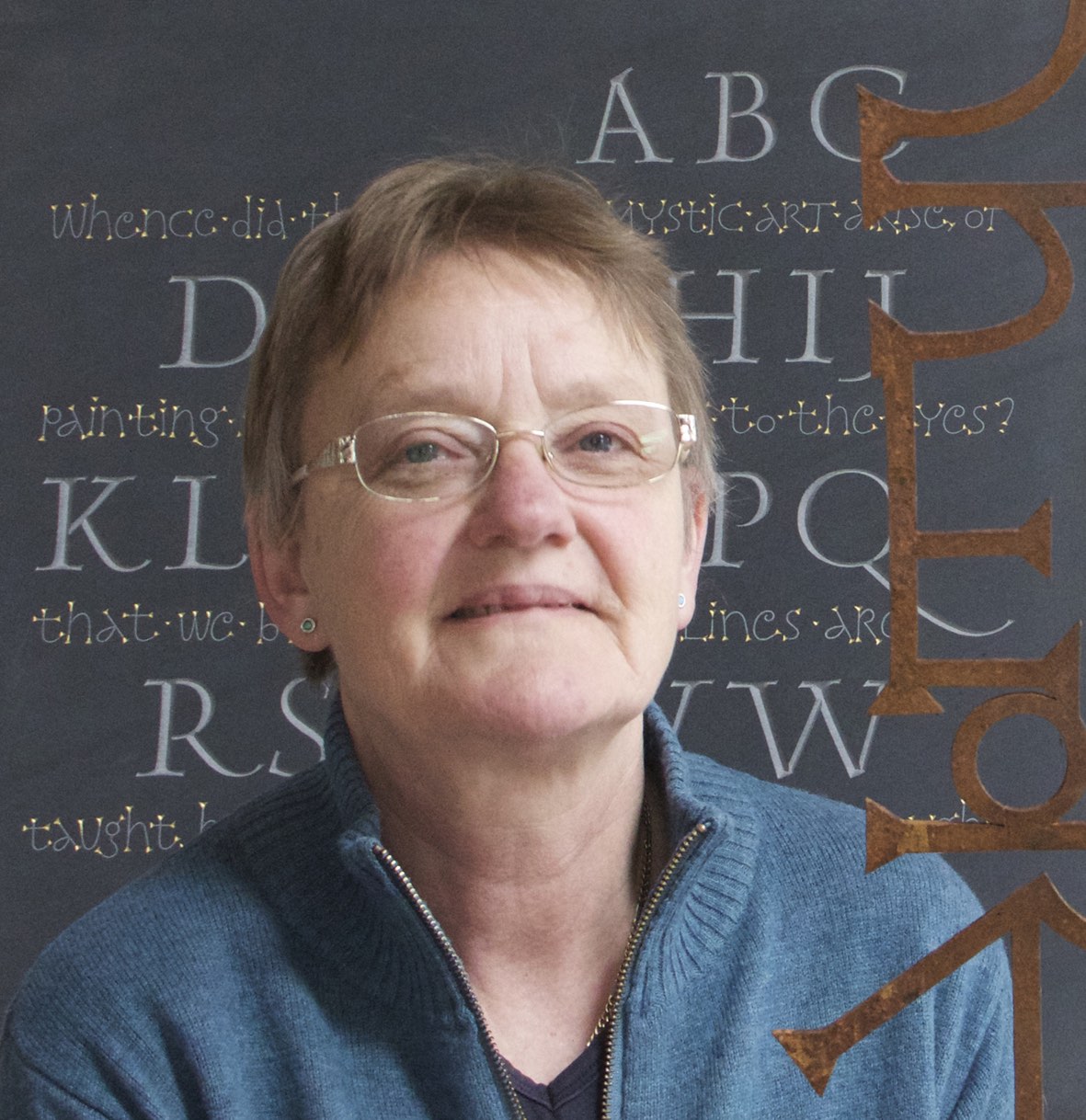 Annet Stirling is a sculptor, specialising in letters, words and text.  Since the late 1980’s, she has undertaken many public and private commissions in the United Kingdom and Europe, working extensively with Ian Hamilton Finlay and exploring the boundaries of legibility and abstraction in letterform.  Her work can be seen around London in Westminster Abbey, St Martins in the Fields, Royal Festival Hall, Royal Opera House, National Gallery, House of Commons. Like most letter-cutters, Annet was trained in the drawing of specific classical Roman alphabets for carving, yet her work has moved in new and more modern directions, influenced by the physical aspects of mark making using tools on raw stone. More recently the use of laser-cut Corten steel has been explored to produce editioned works.

Annet trained as a graphic designer in the Netherlands before studying lettering at the City and Guilds of London Art School with Berthold Wolpe, and then finishing her education as an apprentice with Richard Kindersley.  In 1988 she formed Incisive Letterwork with Brenda Berman, focusing on large-scale architectural inscriptions and ‘word sculpture’.  She travelled throughout Italy on a Churchill Fellowship studying Roman and Renaissance inscriptions.  She also has a particular love of a quarry in Dorset where she has spent a considerable amount of time over the years.