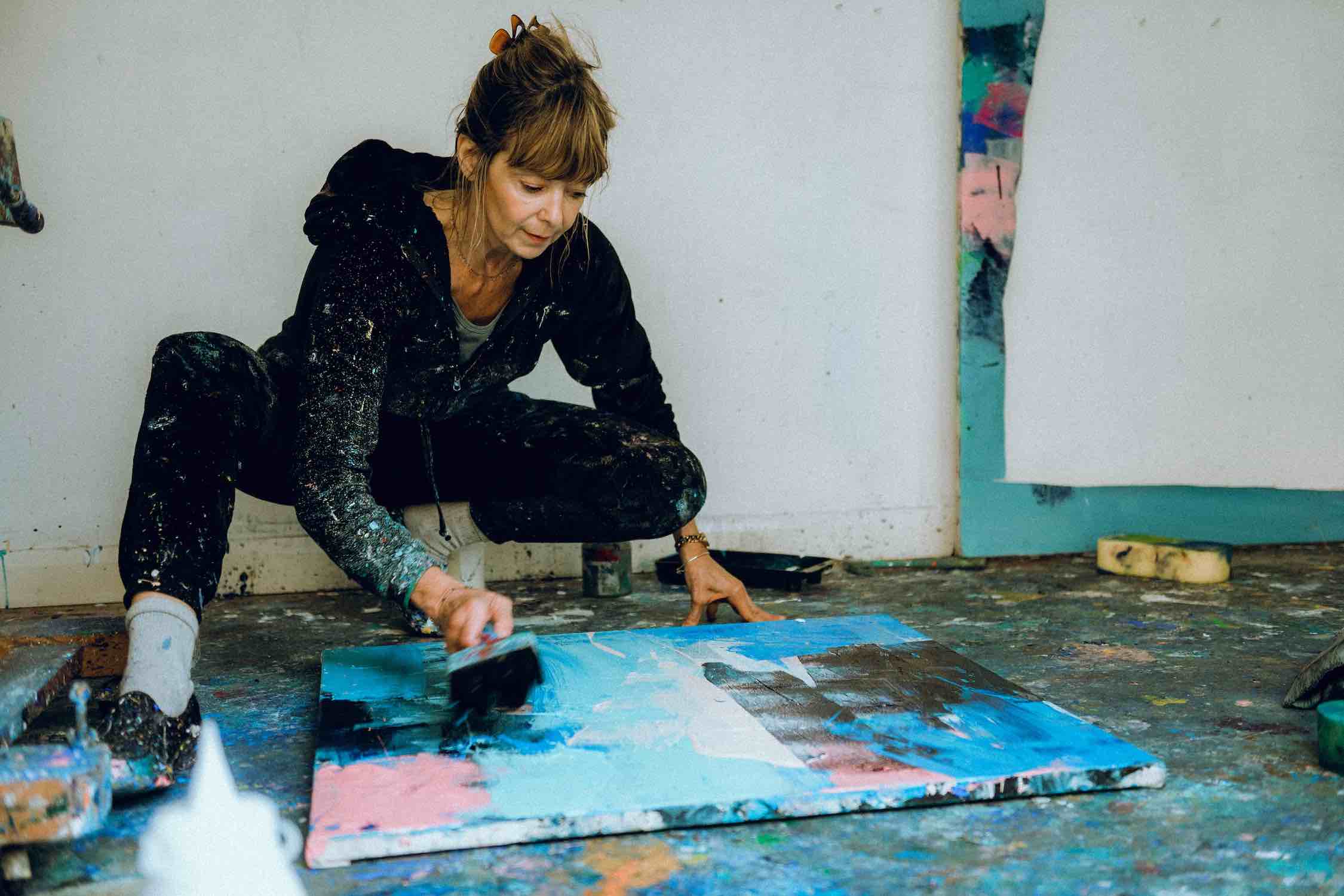 Deborah Lanyon’s large abstract paintings come from a generation of artists, mostly men, including John Hoyland, Frank Bowling, Howard Hodgkin and Sean Scully.  Like those artists, she works rapidly and physically with canvases positioned on the floor, letting the paint have its own voice.  Yet the feminine subtleties give the work interest and difference from those of the male painters in this genre.  The paintings are the voice of a woman and a reflection of her personality: physical but effortless; dynamic yet soft; harmonious and rhythmic.  They have something else to say that gives them a place in the evolution of abstract painting through the last four decades.