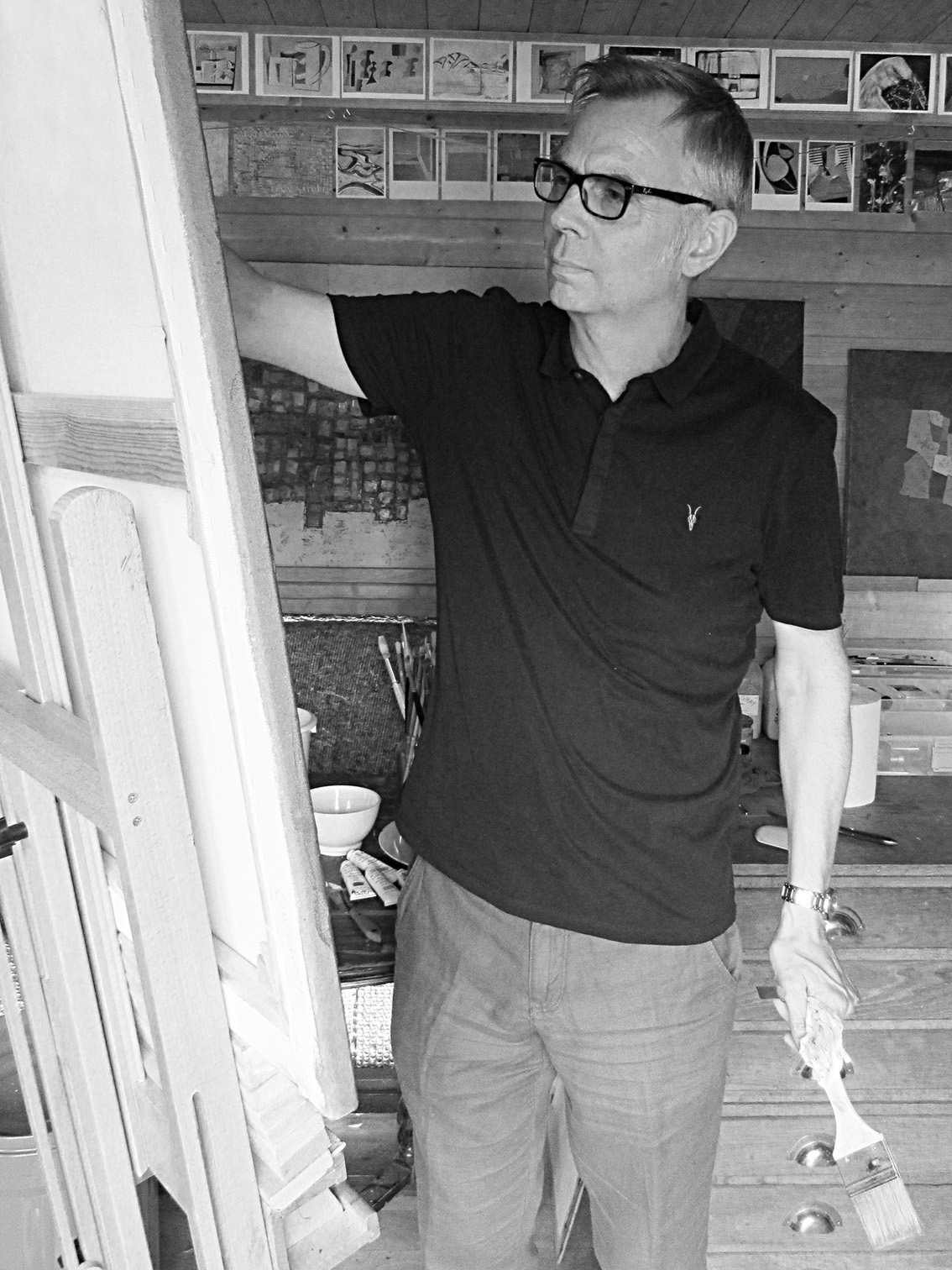 The work of Miles Cole is rooted in the tradition of British and European post-war Modernism, particularly abstract painting. Drawing inspiration from the experience of place – the rugged landscape of the Cornish coast or walking through the city of London with it’s random geometry, these are departure points for an intuitive painting process that includes layering with palette knives, scratching back, adding texture with wax or marble dust, sanding down and exploring the role of accident & chance until the initial subject matter is transformed into a new reality – one of pure abstraction.  Music is also a significant factor and many paintings are titled after jazz tunes, for example “Point Of Departure” and “Extrapolation”  reference the jazz musician improvising around a structure, continuously refining, elaborating and reworking his or her theme.

Born in Bristol (1965), Miles studied Fine Art at Gloucestershire College of Art & Design, followed by an MA Fine Art from Chelsea School of Art London in 1990.  He returned to painting professionally in 2012, after a fifteen year hiatus, during which time he carved out a successful career as an illustrator, regularly working for The Economist, Tatler, The Times and The Wall St Journal.  He has had numerous solo and group exhibitions in London to show his paintings and his work has been presented at art fairs including the London Art Fair.  He has received commissions for notable collections, including Reuters, London.