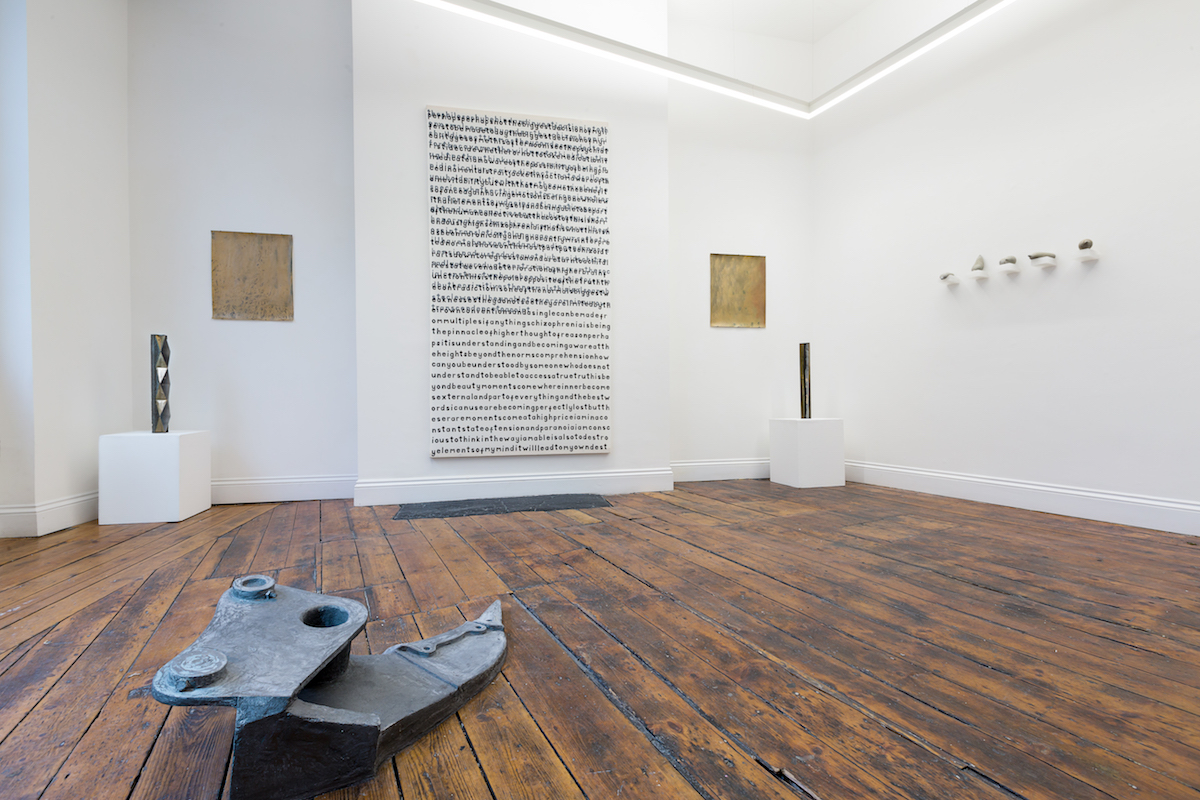 Nikolai Ishchuk does not consider himself to be a photographer in the traditional sense, but an artist who works with photographic media (usually camera-less), such as silver gelatin paper, cyanotype and light.  Nikolai also works with other materials such as cement and acrylic polymers to explore and extend the possibilities for photographic medium. In the last few years, Nikolai’s body of work has been shown in New York, London and Europe, and Nikolai was showcased by us at Photo London in both 2018 and 2019 as a contemporary, emerging artist, engaging with the overlapping worlds of photography, painting and sculpture.

Nikolai Ishchuk’s practice considers what counts as ‘photographic’ and how any attempt to distil this, puts photography in conversation with other media. In his hands, photography is often reformulated as a modular spatial language that speaks of objecthood, presence and proportion. It ultimately deals with questions of intermediality, art hierarchies and histories, and taps into photography’s ambivalent relationship with the modernist canon (to which it was instrumental but into which it was not properly absorbed).

The artist’s wall-based work over the last few years stands in an evolving dialogue with painting and drawing, through diverting the use of photographic materials away from producing a mechanical image and toward mark-making and gesture.  His sculptures hover between minimalist, brutalist architecture and photography.

Ishchuk was born in 1982 in Moscow, Russia, and lives in London. He received an MA in Fine Art with Distinction from the Chelsea College of Art and Design in London, and previously an MPhil in Social and Political Science from the University of Cambridge, and a BA (Hons) in Economics and Sociology from the University of York. Ishchuk was the first non-documentary photographer to win in the British Journal of Photography Awards. Ishchuk has exhibited internationally, including at such institutions as Whitechapel Gallery, Jerwood Space and the Moscow Museum of Modern Art. He was recently recorded for the Tate Audio Arts. His work is held in several important collections.

To view an interview with the artist click here