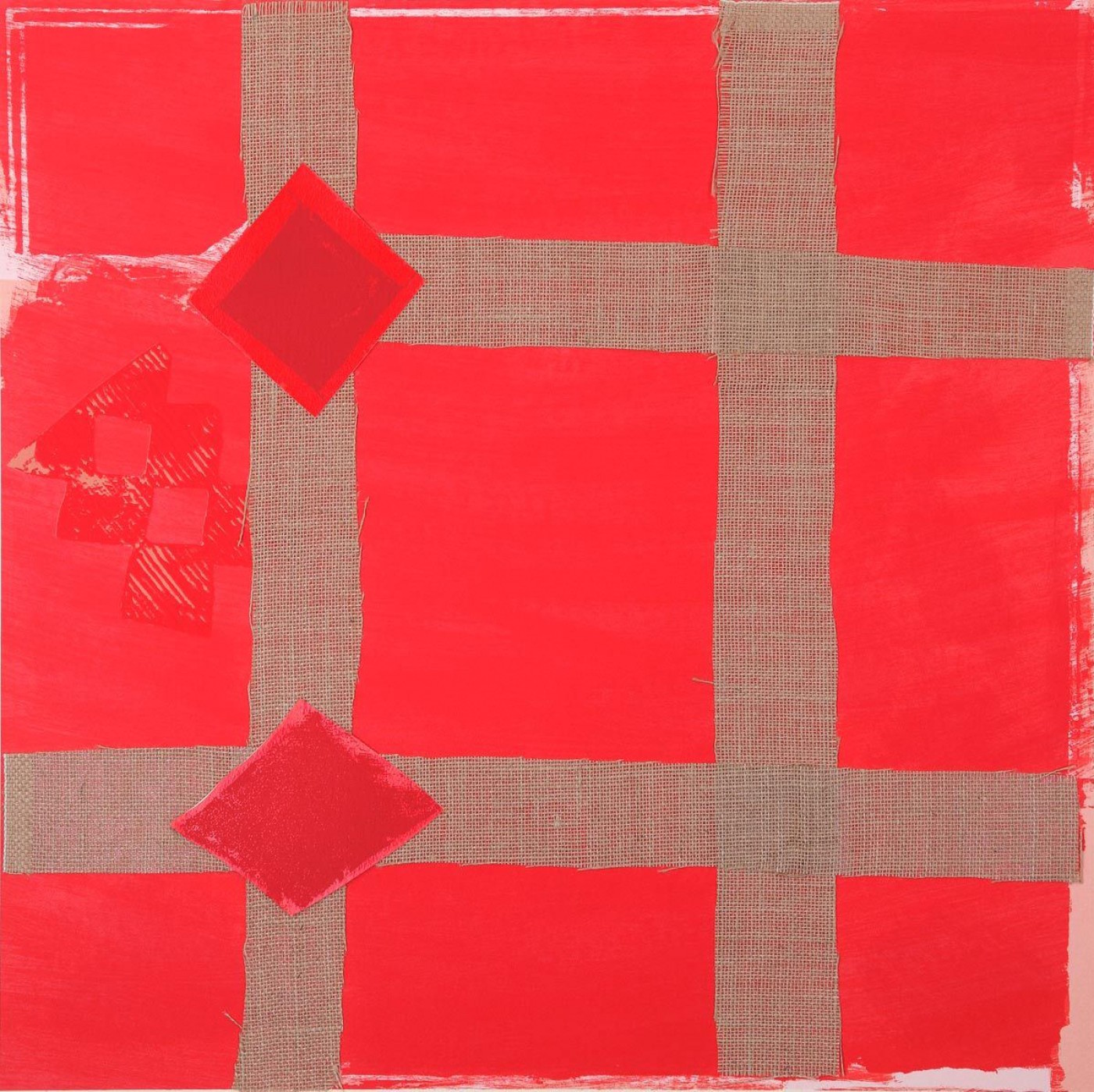 After her student years as a figurative artist training at St Martin’s School of Art in London (1941-46) and the Royal Academy Schools (1946-47), Sandra Blow was always an abstractionist. When she went to study at the Accademia di Belle Arti in Rome in 1947 she found her direction as a painter, and the Italian abstract artist Alberto Burri became her lover. Her association there with Burri underpinned her work throughout her life, but she found his influence to be overwhelming, and so returned to England in 1948 to find her own manner.

Gaining recognition as a female artist in the gender unfairness of the 1950s was an uphill struggle, particularly for a female abstractionist. The gallery Gimpel Fils, took on Blow in 1951, however, giving her regular exhibitions and organising her first one-woman show in New York. In addition to the annual summer show at the Royal Academy, Blow also exhibited at the Venice Biennale and, in 1961, won second prize at the John Moores Exhibition in Liverpool. For 14 years from 1961 she was a tutor in the painting school at the Royal College of Art where she was appointed as honorary fellow.

Her first experience of St Ives was in 1957, when she rented a cottage in the nearby hamlet of Tregerthen (where DH Lawrence had lived during the first world war and many artists had subsequently worked). She returned to London but made working visits to the West Penwith peninsula and was included in an overview exhibition of St Ives artists at the Tate Gallery in 1985, called St Ives 1939-64. There she showed alongside artists more readily associated with the area, including Ben Nicholson, Barbara Hepworth, Peter Lanyon, Roger Hilton, Patrick Heron, Terry Frost and Wilhemina Barnes-Graham. In 1994 Blow went back to live in St Ives permanently, for although famous she could no longer afford a studio in London.

Space And Matter, was the title of an exhibition of Blow’s work that practically filled Tate St Ives in 2001-2002. She liked to work with collage as one element of her paintings and in early days might stain canvas with tea as one of her colours. Her later work became relaxed and colourful. Sometimes she would throw the paint at the canvas: a method that she might not have thought to use without the uninhibited example of the American abstract expressionists in the 1940s and 50s.

Blow maintained that events in her personal life often affected the appearance of her painting, in the tensions and clashes of the jostling marks on the canvas.  She believed that abstract art also gained some of its validity by feeding back into the broader visual life of the nation through fashion, architecture and design.

Blow maintained that events in her personal life often affected the appearance of her painting, not, of course, in an illustrational way, but in the tensions and clashes of the jostling marks on the canvas. But she believed also that abstract art did not simply reach its own natural audience, but gained some of its validity by feeding back into the broader visual life of the nation as fashion and architecture and design.