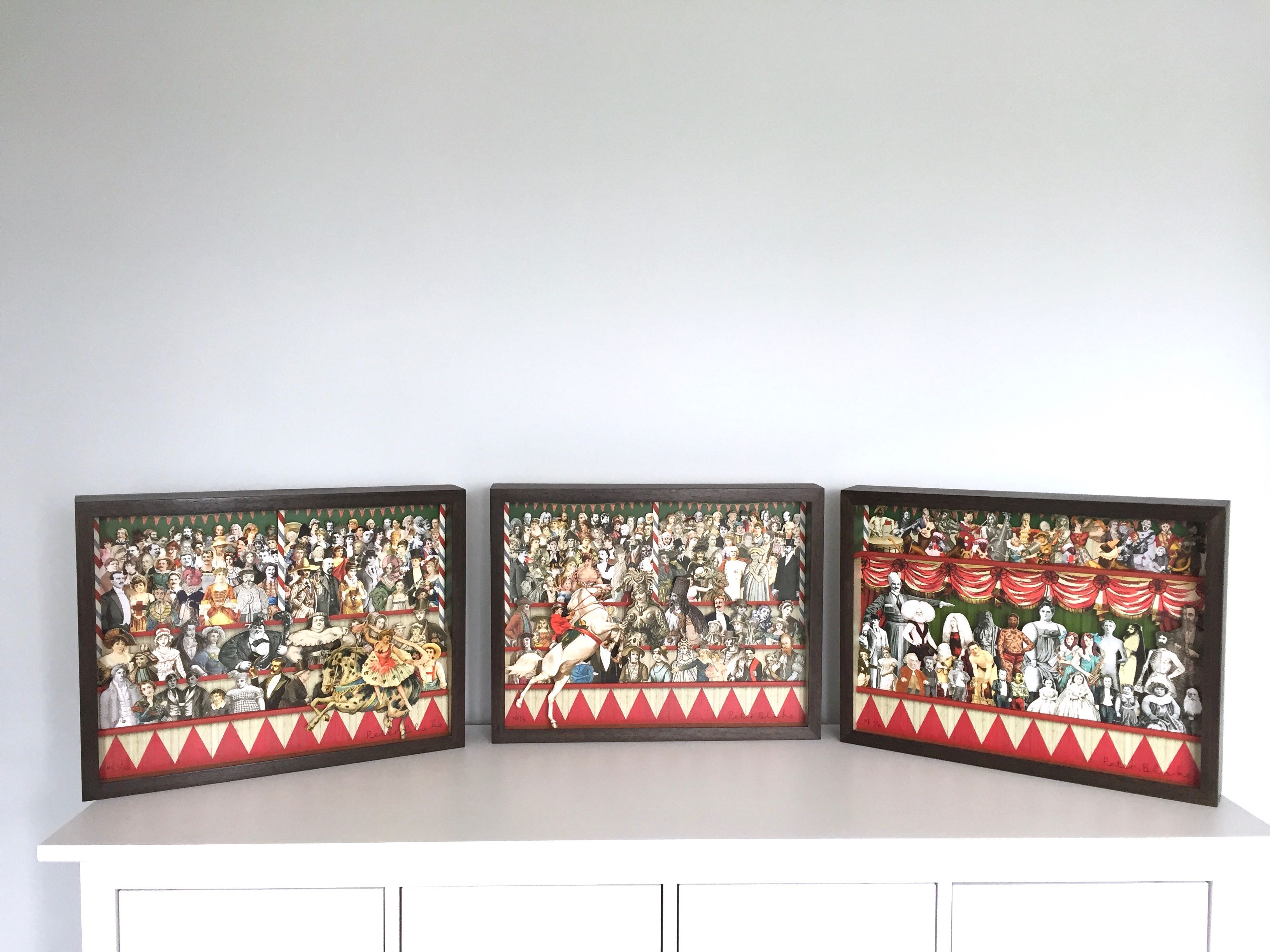 Portraiture has been prevalent in Peter Blake’s work since the late 1940s. From his images of pop culture icons to his imagined characters, the artist has always explored a diverse array of individuals.  A recent series of small, colourful watercolours depicting the faces and torsos of heavily inked men and women, their individual body art, intricately rendered, is again part of a recurring theme in Blake’s oeuvre: the circus, the fairground and the side-show attraction. The skins of these imagined characters have become canvases in themselves – one figure has an image of the Crucifixion emblazoned on his chest, whilst a tattooed woman has the names of the British Princes, William and Harry, etched on each breast. Another’s complex facial tattoos cover the entirety of his face, echoing the masks in Blake’s wrestling portraits. We present a series of 10 signed original prints, produced and published by Dark Matter Studio.  They offer an inexpensive way to collect work by one of the famous names in the art world.

In the 3D Circus works, Peter Blake has combined his love of the circus with his characteristic collaged crowds in a 3 dimensional format. The works are inspired by Lothar Meggendorfer’s International Circus – a pop-up book first published in 1887.  For his Circus, Blake has put together a central stage collage, which features a line up of unusual people, and an eclectic orchestra sourced from the Artist’s extensive collection of ephemera.  In addition, two weird and wonderful audience collages in which the crowds are being entertained by a circus act sit either side of the central stage. Peter Blake’s 3D Circus was produced and published by Dark Matter Studio in 2013 and the edition is now coming to an end, but please enquire about obtaining one of the last sets.