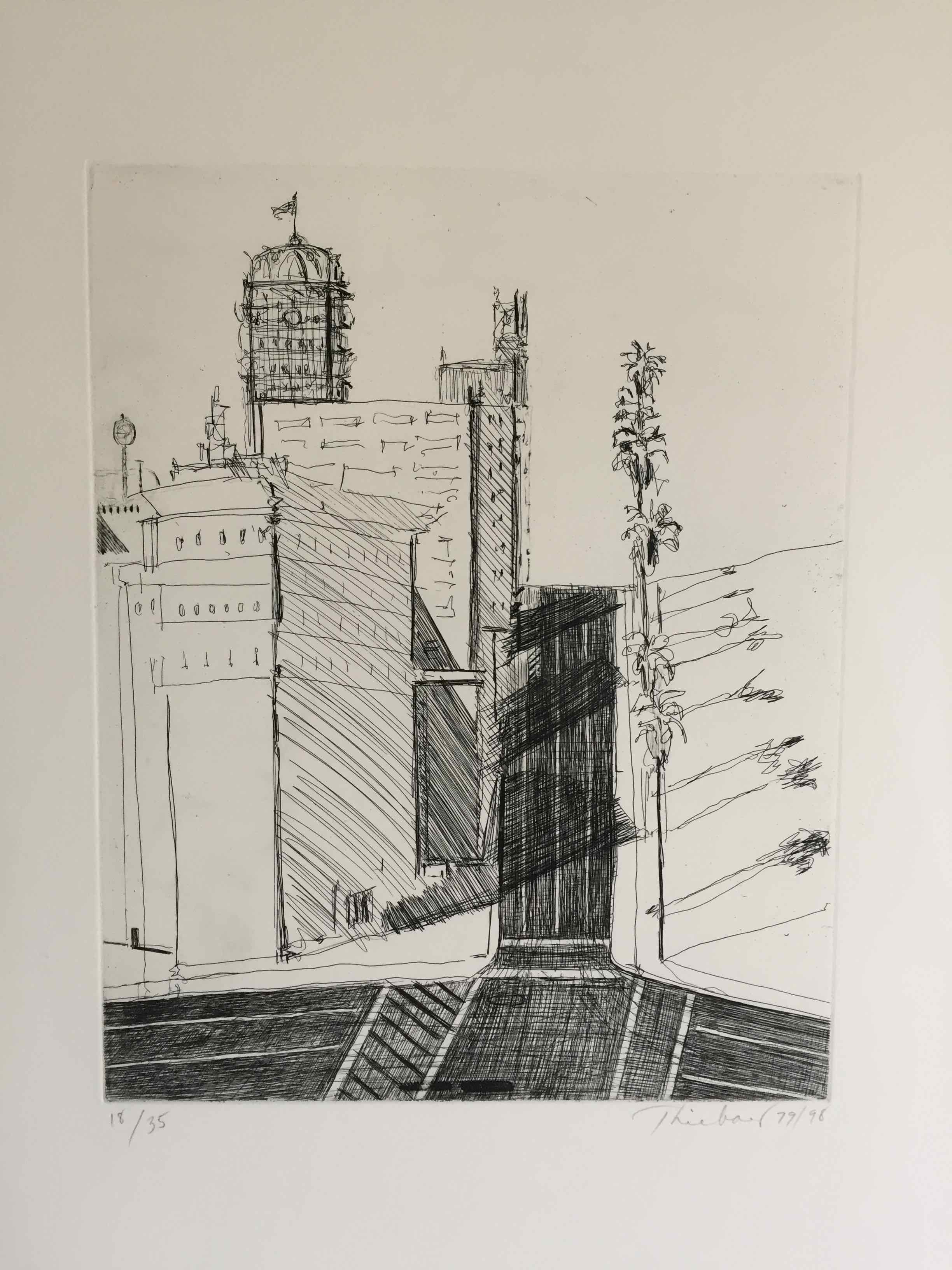 Wayne Thiebaud is an American painter best known for his still lifes of edible treats and everyday objects in his singular illustrative style. His most popular subject matter includes colourful cakes, slices of pie, confectionary, and reference America’s consumer society.  The streets of San Francisco were also a fascination and he sketched all over the city, turning several into etchings. Similarly to Edward Hopper, Theibaud’s paintings capture a uniquely American sensibility, and critics have compared his penchant for still life to painters like Giorgio Morandi. “A conscious decision to eliminate certain details and include selective bits of personal experiences or perceptual nuances, gives the painting more of a multi-dimension than when it is done directly as a visual recording,” he reflected. “This results in a kind of abstraction, and thus avoids the pitfalls of mere decoration.” Born Morton Wayne Thiebaud on November 15, 1920 in Mesa, AZ, the painter moved to California soon after, where he became interested in stage design and lighting. He began his career as a commercial artist, but switched to fine art after during his education and earned an MFA from what is now the California State University at Sacramento. A trip to New York during the 1950s introduced him to Willem de Kooning, Franz Kline and others in the city’s art scene at the time. Although he continued to show on the East Coast, Thiebaud has remained in the Bay Area, and his work can be found in the collections of the Whitney Museum, the Los Angeles County Museum of Art, and the San Francisco Museum of Modern Art, among others. He was awarded the National Medal of Arts in 1994.